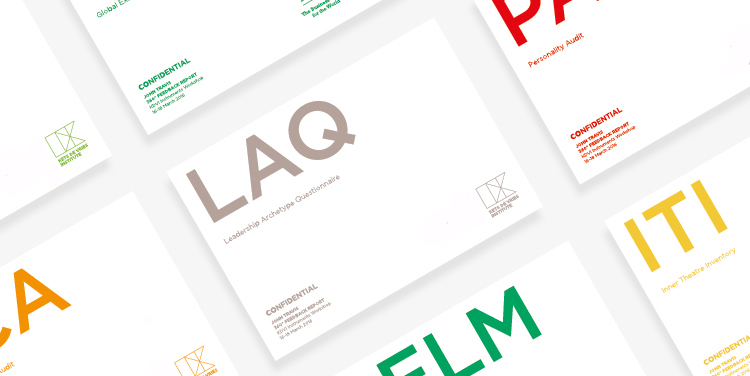 The Leadership Archetype Questionnaire (LAQ™) is a 360° survey instrument for organisational leader and teams. It consists of 48 questions and is completed by executives and members of two core teams to which they belong. The results will help them understand the way they deal with people and situations, and think about what it is like to work with people who demonstrate certain dominant behaviours/archetypes. Using feedback from the LAQ™, executives determine the best roles for each team member, the best way to manage and work for people with certain dominant characteristics, and which combination of styles works well and which to avoid. They also learn how to configure complementary roles in order to build effective high performance teams.

The 8 LAQ™ leadership archetypes are:

The LAQ™ addresses the rise of interest in the ‘inner theatre’ of organisational executives—that is, what makes them tick, and is a response to the need for an instrument that captures dimensions that are specifically important for business leaders. Other existing 360° instruments designed to facilitate team-building tend to take into consideration only the surface manifestations of leadership, thus overlooking some of the psychodynamic processes that occur in individuals and groups. The LAQ™ is designed to provide a more complete analysis of the inner theatre of leaders, give team members a greater knowledge of the positive and negative aspects of each person’s leadership style, and contribute to creating well-balanced executive role constellations.

The development and validation of the LAQ™ took two years. An initial set of leadership archetypes were derived from semi-structured interviewing of directors and senior leaders from all around the world. Exploratory interviews were conducted with over 300 executives in a semi-structured fashion for the development of the LAQ™. Supplemental observational data was collected in the form of notes taken while studying the various executives in team settings. The observed patterns of behaviour were then integrated with the findings of developmental and clinical psychologists on the functioning of human personalities. The LAQ™ underwent three iterations before it reached its final form. After each testing of the questionnaire with senior executives, classical psychometrical analysis and exploratory factor analysis were conducted on the data to ensure its reliability and validity. A validation study was also conducted on the final version of the LAQ™.

Fully administered service per participant £170.00
Participant Workbook £30.00
Facilitator's Guidebook £100.00
For our customers who wish to purchase a large number of Development Tools, we can offer volume discounts. All our reports are now delivered as PDFs exclusively. However, if you require hard copies, we can accommodate your needs. Printing and shipping solutions can be priced upon request. Please contact us at [email protected] to discuss your specific requirements.

Although individuals on their own can use 360° instruments, these tools are used most effectively when working with a coach who can help the executive understand and apply the results. Click for more info

KDVI also offers an advisory service should assistance be required in the use of the instruments, understanding the reports and any other related questions that may arise. For more information, click the enquiry button below.

All information and data is treated confidentially.

If the LAQ™ is not available in the language that you require, KDVI is able to offer a translation service

Development and Application of the Leadership Archetype Questionnaire